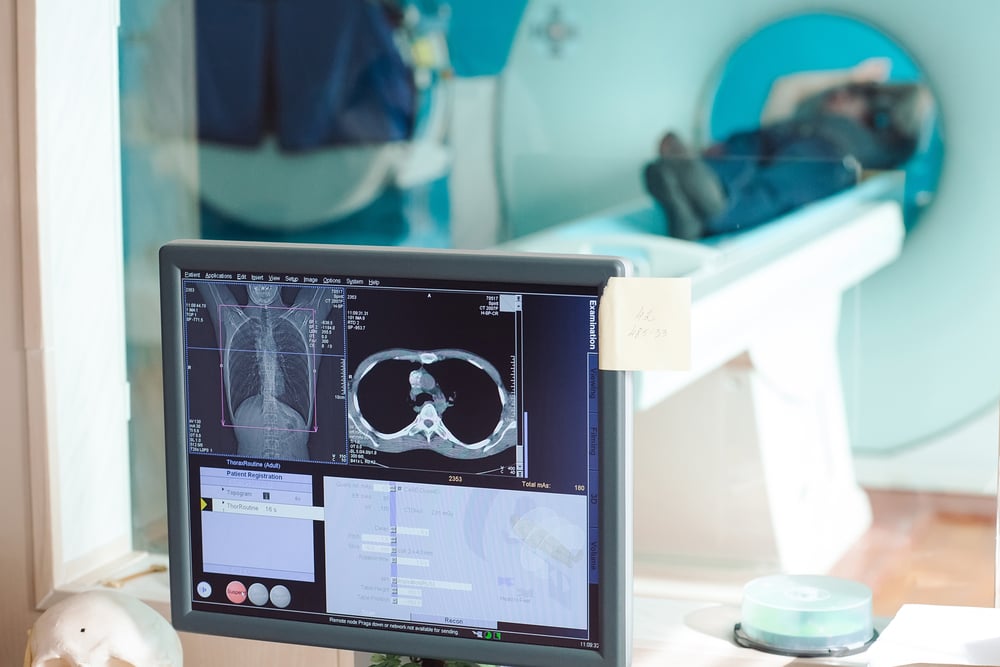 Why Early Diagnosis of Cancer is Important?

One in six deaths in the world is due to cancer, making it the second leading cause of death after cardiovascular diseases. Cancer is a generic term for a large group of diseases with a common trait of rapid creation of abnormal cells that grow beyond their usual boundaries. Cancer can affect any part of the body, presenting as a disease with its own characteristics, risk factors, causes and treatments.

Abnormal cell growth in cancer can invade adjoining parts of the body and spread to other organs, also known as metastasising. Metastases are a major cause of death from cancer. Despite the bleak prospect often associated with cancer, thousands of people are successfully treated every year with more people than ever before surviving cancer.

One of the key contributors to successful cancer management, alongside a healthy lifestyle,  is an early diagnosis. This involves procedures to determine whether a patient has cancer, where it is located, what is its histological type and severity. Early cancer detection means that it may more easily removed or treated. Although there is a huge variation in survival between cancer types, even for those cancers where survival is poor, the chances of surviving are better if the cancer is found early. 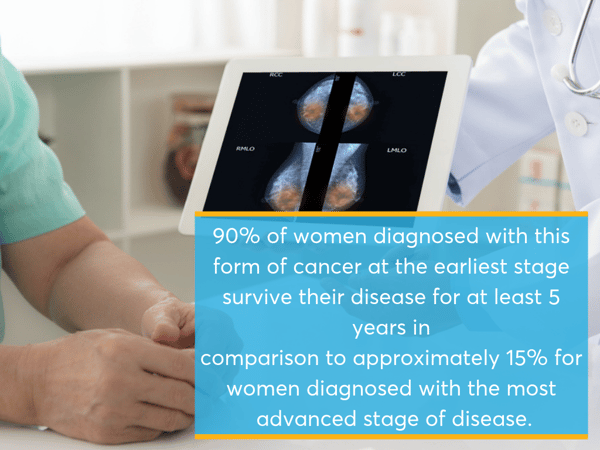 The most common malignant tumour of men and women together, presents an average survival rate of 65% five years after diagnosis. While diagnosis at early stages have over a 90% chance of cure and surviving.

One of the most aggressive tumours, more than 80% of lung cancer patients will survive for at least a year if diagnosed at the earliest stage compared to around 15% for people diagnosed with the most advanced stage of the disease.

Today the most common cancer in men (excluding skin cancer), has an increasingly favourable prognosis, with a 5-year survival rate for local or regional prostate cancer is nearly 100%. The introduction of screening tests for prostate cancer is believed to contribute to the decline in the number of deaths by 21%.

Due to difficulty in diagnosing pancreatic cancer, the vast majority of cases are not diagnosed until too late. As such, 5-year survival rate is significantly improved to approximately 25% if the cancers are surgically removed while they are still small and have not spread to the lymph nodes compared to only 9% in most pancreatic cancer cases.

The most aggressive form of skin cancer, melanoma, has a 5-year survival rate of about 99% when detected early compared to 64% once it spreads to lymph nodes. With increasing risk in sun exposure, knowing sun safety guide to skin cancer can also be an important measure aside from early diagnosis. 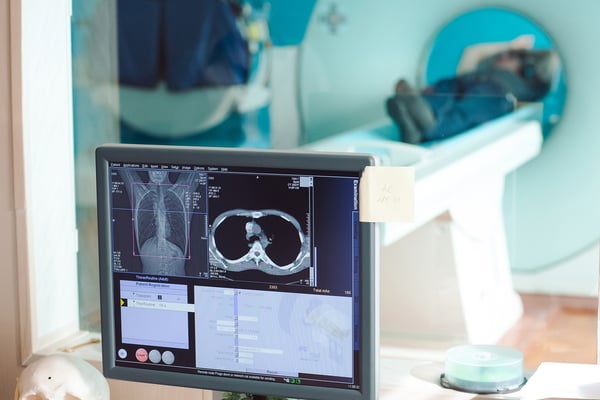 Biomarker detection, imaging and biopsy are some of the modalities used for cancer screening and diagnosis. The improvement of technology and scientific discovery also means that cancer diagnosis and treatment has been made less invasive. At the beginning of the 1970s, progress in ultrasound (sonography), computed tomography (CT scans), magnetic resonance imaging (MRI scans) and positron emission tomography (PET scans) have replaced most exploratory operations. Using miniature video cameras and endoscopy, surgeons can remove colon, oesophagus and bladder tumours through tubes. Recently, less invasive ways of destroying tumours without removing them are being studied including liquid nitrogen spray to freeze and kill cancer cells (cryosurgery). Lasers are also used to cut the tumour tissue of cervix, larynx, liver, rectum, skin and other organs.

Unfortunately, approximately 70% of deaths from cancer occur in low- and middle-income countries, which are most ill-equipped to cope with the cancer burden. Lack of cancer data, screening methods and access to treatment are some of the gaps that contribute to the high rate of mortality.

Cancer has been the leading cause of death in Thailand with the age-adjusted mortality rate in 2018 is reported to be 104.8 per 100 000 population. Despite the incidence rates of cancer among Thais being comparable to those in other Asian countries and about half of those in Western countries, the rate of death due to cancer is relatively high. This may indicate the unaddressed gaps that are still prevalent in the nation.

The incidence of cancer in the global population will continue to increase throughout the years with an estimated addition of almost double the cases in 2040 from 2008. But, as the cancer diagnosis rates increase, so does the improvement in technology and expertise in managing them. Diagnostic methods have improved over the years and will surely continue to do so, ensuring a better prognosis for most cancer patients. Thanks to scientific advances in tests and procedures, we can accurately diagnose and treat most cancer from a very early stage.

In fact, the percentage of people who die from cancer has fallen by 20% in the past 32 years and more than 67% of the people diagnosed with cancer today will still be alive in five years time.

Take Steps to an Early Diagnosis

However, lack of awareness of signs of cancer and symptoms as well as reluctance and embarrassment in seeking medical consultation may hinder the opportunity of early diagnosis.

So, if you notice anything unusual about your body, or you suspect any possible symptoms, it’s important to consult your healthcare provider about it. Because in the end, it’s better to be safe than sorry. More importantly, you need to have regular health check-ups (that need to be adapted to your specific medical background) as well as adhere to the core principles of healthy lifestyle to reduce the risk of many cancers.

To protect your future, make sure you have comprehensive health insurance that looks after your health from start to finish. With regards to cancer treatment, make sure that both IPD and OPD treatments are covered.


Only yesterday’s a guarantee!