How to Protect Your Health from Air Pollution Levels in Bangkok

You don’t have to live in a major metropolis like Bangkok, Cairo or Beijing to experience the worst effects of air pollution. However, if you check the real-time Air Quality Index (AQI) at this time of year you’ll note that Bangkok’s air quality is regularly listed as unhealthy.  It’s the silent killer most people don’t think about, particularly if you have always lived in a city and are used to the intensity of ‘the big smoke’.

Unfortunately, polluted air is the norm for the majority of people on the planet. Worldwide, some nine out of 10 people are exposed to air pollution that exceeds the safe levels recommended by the World Health Organization (WHO). The air pollution in Bangkok Metropolitan area is 2.8 times higher than the recommended the safe level of PM2.5  (particulate matter) annual exposure suggested in the WHO Guidelines, contributing to 58,903 annual deaths (2016) from air pollution in Thailand.

On the 21st December 2018 the Pollution Control Department stated that levels of PM 2.5 ranged from 44-104 micrograms per cubic metre of air in Bangkok, which exceeds the safe level. During this time you should limit your outdoor activities.

On the 14th January 2019, areas close to Don Muang Airport (DMK) registered an Air Quality Index of 396, which is extremely hazardous to health.  On this day, pollution levels were higher than New Delhi.

What is air pollution and what causes it?

The amount of pollution we inhale depends on many factors, such as access to clean energy for cooking and heating, the time of day, seasons and the weather. Most people are familiar with pollution from cars and trucks; a significant source of pollution in towns and cities. But air pollution can travel long distances, often across country borders and even continents via international weather patterns.

The causes of air pollution, and the threat it brings to our lungs, are mostly a result of human activity. Sources include:

·       Industrial processes such as chemical and mining,

·       Natural processes such as volcanic eruptions and dust storms. 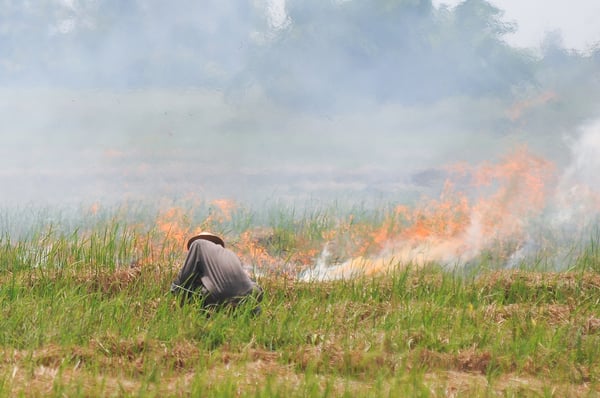 The modern world has become over-reliant on fossil fuels for energy and transport and, unfortunately, we have only recently begun waking up to the impacts that these sources have on our health and the future for our children.

Why is air pollution bad for you?

Air pollution is a silent assassin that attacks your heart, lungs and brain. It kills an estimated 6.5 million people a year (one in nine premature deaths), which makes it the world’s largest environmental health risk. It’s more dangerous than the risks most of us are familiar with, including poor diet, lack of exercise or smoking. In fact, more people die from breathing bad air than from smoking tobacco.

The particulate matter 2.5  is the air are invisible to the naked eye, they are  tiny particles or droplets in the air that are two and one half microns or less in width. Just micrometres or nanometres in size, they contain toxic compounds – arsenic, lead, nitrates, sulphates and carbon – that flow through the blood and decrease life expectancy. Particles in the PM2.5 size range are able to travel deep into the respiratory tract and eventually reach your lungs. Short-term health effects from exposure include eye, nose, throat and lung irritation, sneezing and coughing..

When inhaled, they trigger inflammation as the body works hard to fight back. But these malicious particles are hard to stop, breaking through the protective barriers of the body. Over time, they may increase blood pressure and can lead to a stroke, heart attack, lung disease or cancer. 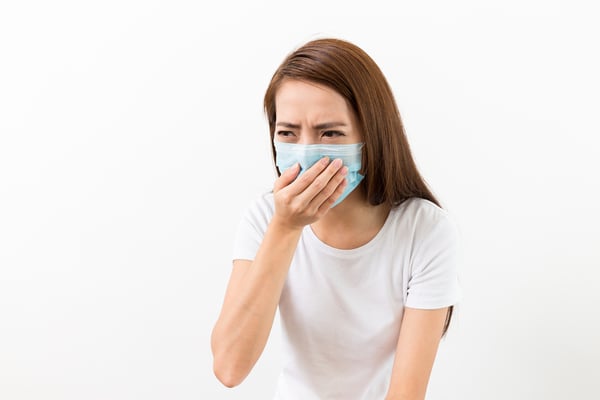 Who is most vulnerable?

We are all affected, but those people with respiratory issues are at a greater risk. Air pollution is cutting global life expectancy. This (often) invisible pollutant reduces the average person’s life by 1.8 years. In London, the average resident loses approximately three months of their life due to air pollution. In Paris, it’s six months. In Athens, 12 months. And for the average resident of Bucharest, Romania, as many as 20 months of their life are taken from them.

While air pollution is a global problem, it disproportionately affects people living in developing nations. For example, the 3.8 million people who are killed by indoor air pollution are predominantly people living in poverty as they are forced to cook, or heat their homes, with dirty fuels. In Thailand, Acute Lower Respiratory Infection is a leading killer, with an average of 173 child deaths per year.

As people age, their bodies are less able to fight the effects of environmental hazards. The people considered to be most vulnerable are:

Tips for Bangkok residents to reduce exposure to particle pollution:

You don’t need to be caught behind an old bus belching out black plumes all day to experience the worst side of Bangkok’s air quality. Whether you are young or old, an asthma sufferer or fighting fit, there are several precautions you can take in and out of the home to be better prepared.

You may have seen masks amongst the sea of faces that make up the landscape of our crowded city. Some notable examples of mask wearers are motorcycle taxi drivers, construction workers and police officers directing traffic. However, many of the masks that these Bangkok residents wear are tragically unfit for purpose.

The size of the pollution particles determines the potential for causing health problems, and it is essential to use a mask that is designed to filter out the smallest and most dangerous of these. Particles with a diameter of 10 micrometres or less (PM10 and PM2.5) will enter the respiratory system and penetrate deep into the lungs. The smallest particles, PM2.5, are the worst offenders and typically emitted from motor vehicles, power plants and industrial processes.

When buying a mask, make sure it has the N95 label, which means that it filters out more than 95% of the PM2.5 particles. Most importantly, test it out beforehand to make sure that it is the right fit. The best models have a strap, convex shape and nose clip that combine to create a seal around the nose and mouth. When fitted properly, the mask should contract and expand slightly with every breath.

The Air Quality Index (AQI) is a tool that governments use to issue public reports of actual levels of particles. Install an air quality app with this index on your smartphone so you can monitor pollution levels every day. This will help you to plan your movements around the city, and even give you the data needed to plan weekends or holidays away during especially bad times. Some of the smarter apps will forecast peaks and troughs in the pollution levels for the coming days.

Other helpful tips include:

You don’t have to taste the air pollution or experience a blast of black exhaust from a weary-looking commuter bus to be in danger from air pollutants. If you or anyone in your family is experiencing breathing difficulties, we recommend consulting your doctor. For more information on how to protect your family, click here, and remember to make sure you have comprehensive health insurance in case you need medical attention.