As a young person, you probably think your health is nothing to worry about.  You feel great, rarely get sick and recover easily from a night out.  The truth is, you’re right.  Young people are typically less likely to fall ill than older people and children.  When you’re in your late teens and twenties, your health is in its prime, and it’s easy to think you're invincible. But that’s not to say accidents don’t happen. We consulted author and medical expert Dr. Gerard Lalande to find out 3 common reasons young expats in Thailand are admitted to the emergency room in Thailand.  Here’s what we discovered.

Asia is home to some of the deadliest roads on earth. According to the World Health Organization’s 2015 Global Status Report on Road Safety, Thailand has the second highest amount of traffic fatalities in the entire world—with 36.2 deaths per 100,000 people per year. Not far behind are Myanmar (20.3 deaths per 100K), Sri Lanka (17.4 per 100K) and Nepal (17 per 100K). 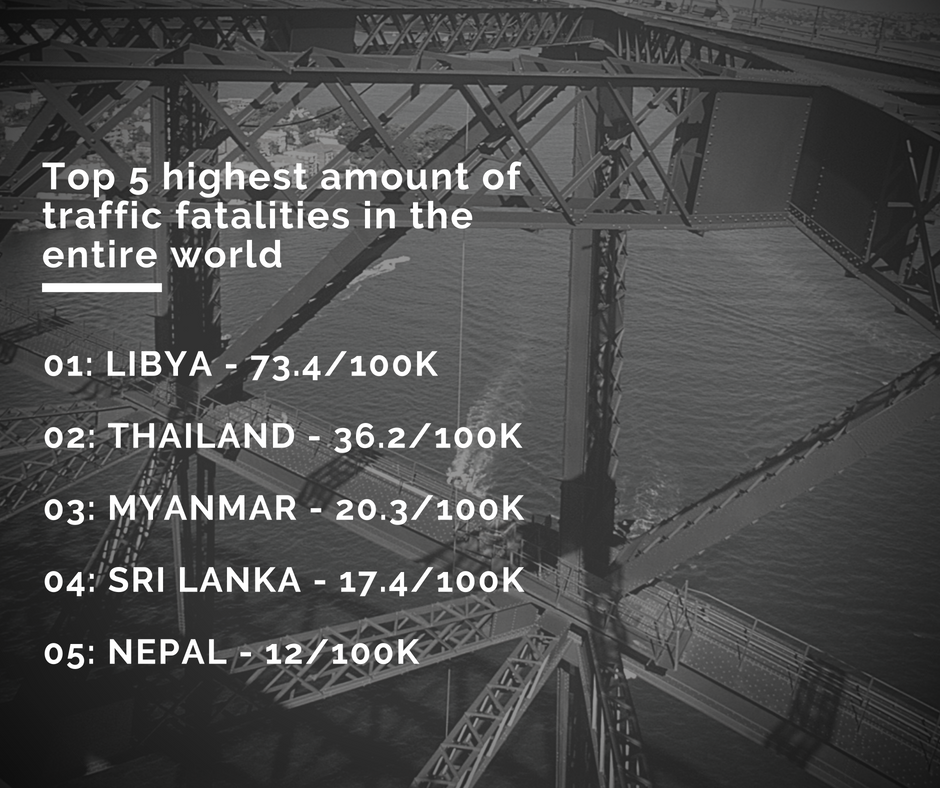 Not surprisingly, motorbike accidents make up a huge percentage of these fatalities.  And when it comes to young expats, it’s incredibly easy to jump on a motorbike in Asia without giving it a second thought.  Throughout the region, two-wheelers can often be rented without showing a driver’s license, which means a driver with little to no experience can take to the roads.  The results, however, can be catastrophic. According to the WHO report, 74% of Thailand’s traffic related deaths involve motorbikes.

2. The potential effects of excessive drinking

Undoubtedly, many enjoy the legendary nightlife scenes of Bangkok; the result is the second most common reason young expats end up in the emergency room: excessive drinking.  Alcohol poisoning is common, as are the antisocial byproducts of excessive alcohol consumption, such as a propensity for violence and drunk driving.

It should be noted that excessive alcohol consumption can also lead to poor decisions, such as unprotected sex. While this most likely won’t cause a young person to make a trip to the ER, many Asian countries have an alarmingly high rate of HIV and other sexually transmitted diseases.  And contracting an STD can shorten or reduce a person’s quality of life.

While being drugged in a bar or club can happen in any part of the world, in Thailand it’s the third leading cause for young expat emergency room treatment.  The intent of such an incident is typically to steal from or rape the drugged person.

Rohypnol, also known as Flunitrazepam, is one of the most common drugs used to disinhibit a victim.  As this sedative is often prescribed as a cure for severe insomnia, it has a powerful effect.  When combined with alcohol, the drug can depress the respiratory system, cause the person to stop breathing, and even stop the heart.

When it comes to young expats, many further put themselves at risk by not purchasing insurance.  While drinking alcohol or consciously participating in risky activities can void many health insurance benefits, a policy can be a lifesaver in the event of an automobile accident—which can easily cost 15 - 30 thousand dollars in medical expenses.  A Luma personal health insurance plan can ensure you get the proper treatment for a speedy recovery while protecting your financial future. Get in touch with one of our young advisers for an honest consultation today.